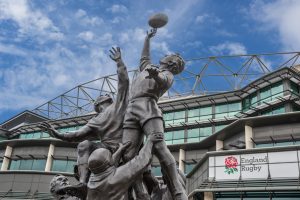 The competition saw 60 contestants across Fairgrove’s client network vying for the title in a closely fought competition. At the end of the tournament, five contestants topped the leaderboard, correctly predicting 11 out of the 15 results. However, there could only be one winner. The competition was ultimately decided on our bonus points system, based on the number of tries scored in the tournament. Matthew secured victory with his estimate of 82 tries, not far off the 86 scored. Matthew takes home the Fairgrove Six Nations trophy and a magnum of Champagne.